What are the Differences Between Traditional Marketing and Digital Marketing?

The effectiveness of both are great, but digital marketing has taken the field to a whole new level, reaching many more people, dramatically improving targeting and allowing efforts to be tracked whilst drastically lowering cost per acquisitions.

So, what are the differences between traditional marketing and digital marketing? Good question. When looking at what they both set out to achieve they could easily be mistaken for the same thing, however, I can assure you that this is most certainly not the case. The effectiveness of both are great, but digital marketing has taken this field to a whole new level, now reaching global audiences, dramatically improving targeting and allowing efforts to be tracked whilst drastically lowering cost per acquisitions. Long are the days of potentially having your billboard advertising holidays in Spain flashed to Dave, a potential customer on the motorway in the hope they call at some point. Nope. Now we can cleverly (And rather creepily) target Jack, a student who has recently graduated from the University of Chester with a degree in Media, who is in full-time employment, who loves travelling in Europe but who also sits in the bottom 50% percentile of Average UK income earners, in order to sell them sun-soaked holiday in the Costa Del Sol.

WHAT IS DIGITAL MARKETING?

First of all, everyone knows the standard definition of marketing, but what is DIGITAL marketing?

Digital marketing is essentially any marketing that is done online, be it social media marketing, search engine optimisation, affiliate websites and so on. It’s a vast arm of marketing but one that should not be forgotten about in this ever-increasing digital world.  This is different as traditional marketing uses strategies such as posters, newspaper articles and television adverts to promote companies and products however now with so many people online using the web, search engines, voice search and social media, marketing has been given so much more potential.

EMarketers conducted research yielding the below staggering statistics which quite clearly show the role that technology is having on advertisements and also that digital marketing is the audience’s preferred method of being sold a product or brand. Needless to say, the efficiency of digital marketing has taken the promotion of products and brands to the next level and deems popular with media consumers and businesses.

Without beating around the bush, Digital is significantly cheaper. Blue Fountain Media conducted a study that found that Print advertising was more than 100x more expensive than digital advertising in the fashion industry with reference to CPM and Cost per impression. In certain industries, print and offline marketing methods do still have their place but for any company trying to market themselves under strict budgets, digital is most certainly the way forward.

As alluded to at the beginning of this blog, Digital marketing offers dramatically more precise targeting in terms of where your advert is displayed and who it is displayed to. Facebook is absolutely king with regards to this due to the vast amounts of information its users willingly give to them and the extent to which they create personas out of your behaviour and search habits. To give you an idea of what is possible using Facebook, here are some targeting methods available to advertisers;

Traditional marketing methods do not allow for any direct interaction and is very much a one way street from advertiser to potential customer. Digital on the otherhand provides constant connectivity and dramatically increased engagement. Users now have the ability to interact with companies through their marketing efforts for better or for worse (hopefully better!).

Whilst perhaps not the most important differentiation, this is our favourite! Traditional marketing is incredibly difficult to track in terms of campaign efficacy and ROI. If you, for example, erect a billboard on the M56 motorway and have 10,000 drivers pass it one morning, you quite literally have no idea how many times it was flashed to potential customers, how many of those potential customers actually saw it, how many thought about it, how many acted upon it and how many sales it yielded further down the line. Not with digital. Digital Marketing is extremely trackable. On most mainstream platforms, we can clearly see data such as impressions, clicks, sessions, time on site, number of pages visited, number of conversions and much more. This data is gold in for any Digital Marketer as it allows us to relatively accurately calculate how effective any campaign was at any given time and ultimately what the ROI on the campaign actually was.  This data also allows us to identify areas of our campaigns, customer acquisition process, lead nurturing and sales funnel which needs further conversion rate optimisation with the overarching aim of again, improving ROI.

EXAMPLES OF BOTH MARKETING STRATEGIES

Both types of marketing have such different ways of promoting a brand or product. For example, an independent BBC film ‘I Daniel Blake’, used a form of digital marketing called ‘ambient’ marketing as one of their main ways to promote the product. Ambient marketing is a cheaper way for a company to market their product, the people who work on the film will arrange an extravagant stunt which relates to the film and displays it in public. This, being out of the ordinary, attracts people’s attention and leads to them to take a picture and share it online causing it to go viral which markets the product through word of mouth and the internet. This means the film company only needs to pay for the stunt and then rely on media consumers and social media platforms to spread the word. ‘I, Daniel Blake’ has the iconic ‘I Am A Citizen’ speech which was projected on the side of the Houses of Parliament, which people then took photos of and shared causing it to go viral, the desired outcome of ambient marketing.

An example of TRADITIONAL marketing is synergy, this is where two media products release at the same time to compliment each other when it comes to sales and promoting the products. Take the film ‘Straight Outta Compton’ for example, one of the producers, well-known rap/hip-hop artist Dr Dre, brought out a new album called ‘Compton’ at the same time as ‘Straight Outta Compton’ released in the cinema. These two media products complemented each other as the film was about Dr Dre’s start of his music career in a band called NWA, fans of his music would watch the film as they know they will like the music featured in it creating a pre-sold audience for the film of Dr Dre fans. In reverse, when people go and watch the film and like the music, they will go and buy Dr Dre’s album as it is the same genre of music by one of the people who created the music featured in the film. You can really see how the two work together to create an even bigger hype for the product’s success.

So, both very effective ways of marketing, but throughout you can see that digital marketing is a much more modernised, efficient way of getting the same message across. Digital marketing can get users involved and feel like they’re a part of something and so that colloquial attitude towards marketing on social media really creates that desired relationship between customer and company to create the trust in the brand itself because it’s taken time to give the audience an experience which is more enjoyable for the customer. If you’ve got a satisfied customer, the more chance you have of them buying and recommending to someone else which is initially what every marketer sets out to do.

So, one of the main contrasts in this is that digital marketing provides value and almost a form of entertainment for their customers where they physically engage with advertisements, whereas traditional marketing tends to just focus on looking at increasing sales without that customer experience in mind.

And no matter what the difference between digital marketing and traditional marketing is, a happy customer means more sales.

WHAT WE HAVE TODAY:

I don’t think we realise how much technology has advanced over time with phones and social media now a necessity to everyday life, businesses and people’s careers. I mean, if you’ve not got a Facebook account, how are you supposed to keep in contact with Mark who you met on your two-week holiday to Spain in 2016? But in all seriousness, technology has changed the way marketing is done. Before this outburst of media possibilities came to be, businesses were using newspapers, running display ads, and broadcast fax on a fax machine. I know, ancient right? And although some of these strategies are still used today, digital marketing has changed the marketing industry for the better.

The only problem is, unlike with traditional marketing where it takes a while to produce your advertisements as it goes through having to be made into large billboards and/or wait to be published in a newspaper, digital marketing is a very quick process. Now, in theory, this sounds great but this means the style in which you market digitally has to be more sophisticated because your competitors also become more sophisticated as they see what you’re doing for a company/brand and want to do one better and can produce and get it out in no time at all. No matter how big a company is, people will always find a way to compete with you as technology is always advancing and styles in society are always changing. With digital marketing you have to keep up with all of that to make sure you’re the one getting the sales – it’s a tiring process that requires CONSTANT attention.

So, which wins? Ultimately in this day in age traditional marketing is quite outdated, with the increase in people reading news on their phones through the internet and apps, there are fewer people going out and buying newspapers. And with digital marketing being online, why spend money on billboards and posters when you can put on an unexpected stunt to have people share it on social media and make it go viral drawing in lots of interest about your product or brand? This is lower cost AND gets a positive response from the audience who are the people you’re aiming to please. So, when looking at the differences in digital marketing and traditional marketing, it all comes down to the difference in the way consumers are targeted, the platforms they are targeted on and how the end results are tracked. Digital Marketing has allowed for greater and much more precise targeting on a vast amount of platforms which allow for 100% trackable campaigns in order to establish a true ROI.

What are the differences between traditional marketing and digital marketing? Written by Amelia Dean 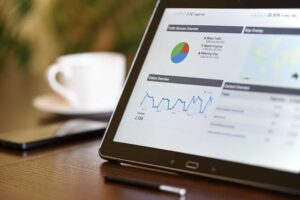 Why You Need SEO 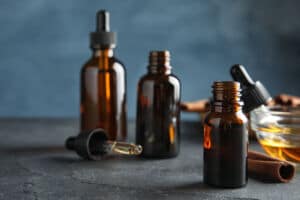 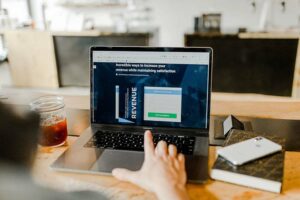 How to use backlink analysis to outrank your competitors 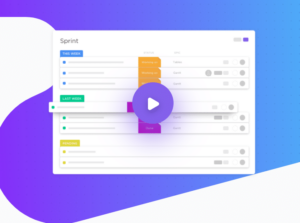 Clickup Review: Top 5 Reasons We Love Clickup as an Agency 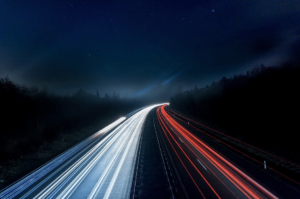 How to Keep Visitors on Site | User Experience SEO 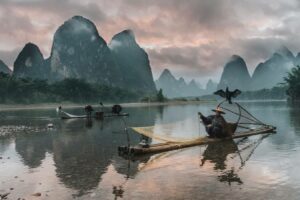 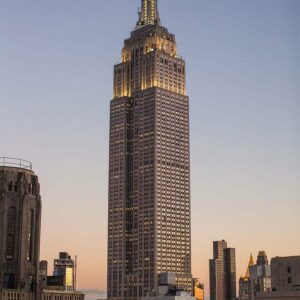 Generate Backlinks With The Skyscraper Technique

Learn, gain that competitive edge and receive juicy digital marketing articles just like this direct to your inbox, completely free!